All these mall searches are from a single call to retrieve_item for a single entendre:

I had what may have been a similar issue over Crimbo a few times when attempting to acquire and eat a moosemeat pie through the maximizer, where it would just sort of loop through searching for the various ingredient steps. I do not know if it would have eventually finished as it appears to have done in your case, as I force ended execution and just made the pie myself after the third or so time it happened. Also of note is that at least once, after using esc to end automation while it was doing this, mafia would automatically go right back to it if I told it to do anything else, as though it had only paused.

I can try and find the relevant log sections if anyone feels they would be helpful for this.

I believe I tracked this down to InventoryManager.priceToAcquire(), specifically this line, if exact is true then 0.0f is passed in to StoreManager.getMallPrice() as the age and that causes the session mall cache to get flushed every call.

My thought is that for exactt requests this should either
@Veracity thoughts?
Last edited: Jan 15, 2022

I did the second because that seems more in line with how mall searches generally work everywhere else, and I couldn't find any other instances where 0 was hardcoded being passed into getMallPrice(). 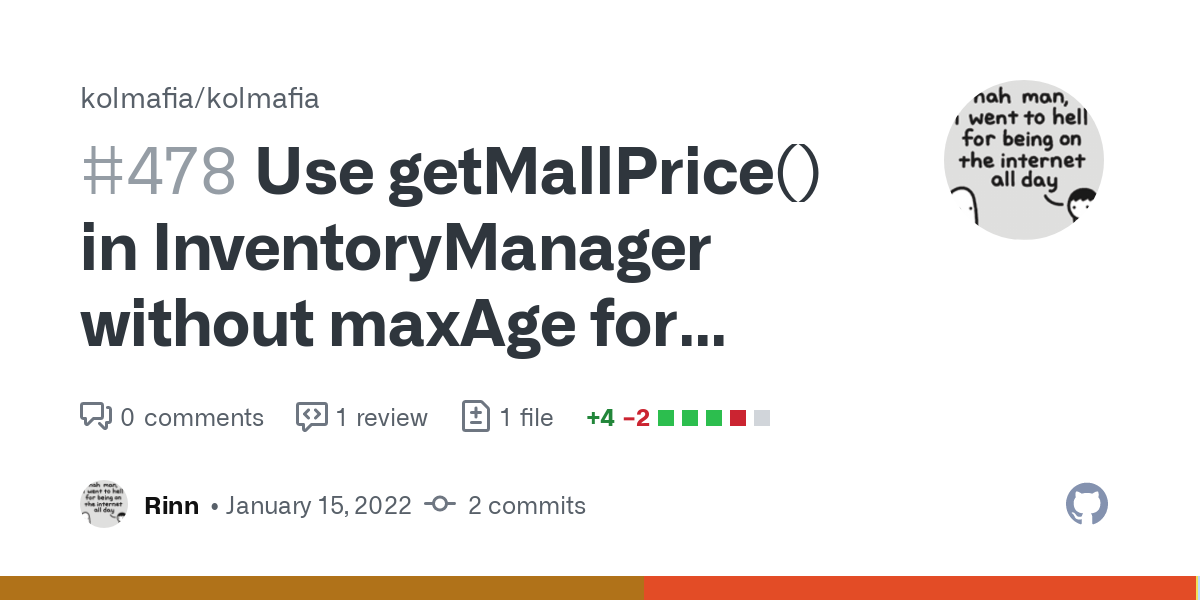 Update the mall searches in InventoryManager to used the cached mall price if an exact value is desired, instead of passing in 0 as the maxAge which causes the cache to get purged. This prevents re...