KoLMafia Launcher and Auto-Updater for Windows

I've built a PowerShell script that checks to see if a new build of KoLMafia has been published compared to the version you have. If so, it replaces what you have with the latest. Either way, it finishes up by launching.

This script makes the following assumptions:
1. You are running KoLMafia as a jar
2. You have jar files associated with some sort of Java launcher/interpreter (typically javaw.exe)
- If jar is not associated with a launcher, will try to run via javaw.exe within PATH 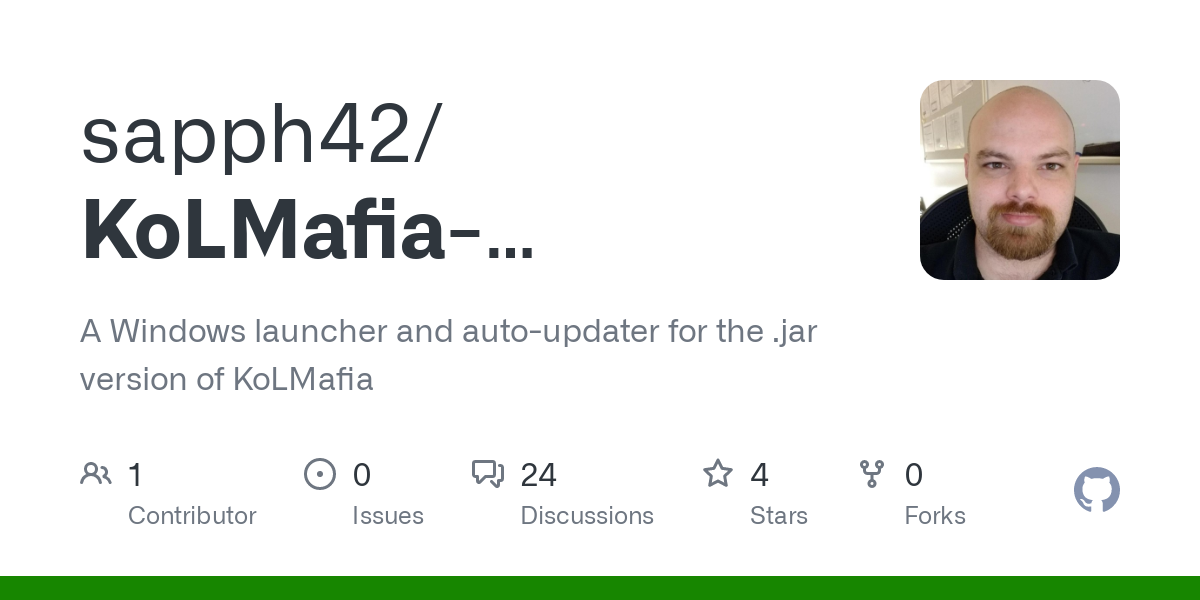 GitHub - sapph42/KoLMafia-Launcher: A Windows launcher and auto-updater for the .jar version of KoLMafia