This bug has been present for several versions but has been reproduced in rev20796.
I quite like the look of old Windows and the update for a more compact familiar UI was a welcome one, however in the Windows Classic L&F the icons and text are all offset. The familiar icon on the main window is correctly rendered.

All of the familiar icons are pushed to the right and are cut off which is unique to Windows Classic L&F. This happens whenever left-clicking the current familiar icon in mafia. The familiar lists/filters initially come up looking fine, but whenever moused over will be offset to the right as well. This offset of the lists/filters seems to occur in more L&Fs than just Windows Classic. The menu is perfectly functional and this is purely a visual error. 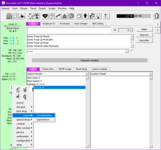 If this is a failure on my part, I apologize. I know that Java GUI is fiddly in the best of cases.
Last edited: Jul 12, 2021

Staff member
I don't get any icons in that space, let alone icons that don't display as I hope. Could this be something triggered by a KoL profile setting?

fronobulax said:
I don't get any icons in that space, let alone icons that don't display as I hope. Could this be something triggered by a KoL profile setting?
Click to expand...

I started a QF run so I can't test it out, but I can log on later today with an alt to try and figure it out. What do you mean by a KoL profile setting? As in, a setting in the base game unrelated to mafia? The icons that display are only my "Favorite" familiars.

Staff member
In KoL the Options page has some settings that have effected mafia displays.

But the missing information is that you have selected Favorite familiars. When I explicitly selected Classic Windows, set some favorites and clicked, I can reproduce the problem.

It's not a large amount of differences, mostly it's that the buttons have outlines with shadows which makes them easier to differentiate for me. Again, it's purely a visual preference for me. It's not just the favorite familiar icons being offset, however. The filters/text are also pushed far to the right and cut off when moused over.

I've made two screenshots of Classic and OS Default to show the difference on my alt. Here I specifically moused over the top three options [(none), stat gain, and item drop] in the menu to show how the text is pushed over to the right regardless of L&F. The favorite familiar icons for the are just permanently offset along with the filter texts when using Windows Classic. It seems that it still offsets the text to the right when using the Windows 10 appearance but it just has much more padding so it's alright.

Steps Taken:
1. With mafia open, click on current familiar to bring up familiar menu
2. Mouse over the first three modifier options for familiars. 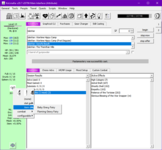 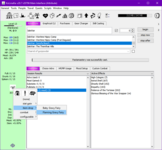 Staff member
While I added LAF options in Mafia, I don’t have access to a Windows machine and that’s not a LaF I have to test with. It’s pretty old and only available on Windows machines. I don’t know how well-supported it is.

I have three probably unsatisfactory options for you.